June 21, 2022 News Release from the office of the Mayor and Council 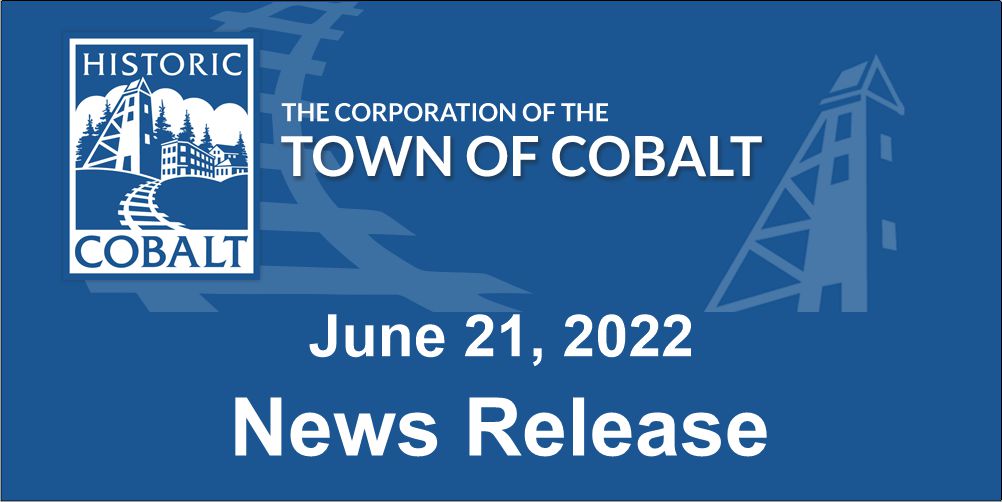 NEWS RELEASE FROM THE OFFICE OF THE MAYOR and COUNCIL

Recent events, activities, disrespectful behaviour from a few local citizens in this community have spurred the Mayor and Council to make a public statement against bullying, cyberbullying, and other forms of derogatory and inflammatory language towards both Council and staff at the Town of Cobalt. These actions have adverse effects within the community and workplace and are unacceptable in a just society.

“It is very disappointing that in a society of fairness, equity, and respect for one another, that we have to issue a public statement to condemn the bad behaviour of a few local citizens who have taken it upon themselves to publicly diminish and threaten our hardworking staff and this elected Council and their families.”

“It is unimaginable that such harassment, bullying, cyberbullying, derogatory phone and text messages and even public shaming is taking place on these social media platforms and in person” Mayor Othmer stated. “As a Council, we need to take a stand to not only protect our hardworking and dedicated workforce against these unnecessary attacks, but also speak against those directed at sitting Council members.”

Mayor Othmer also stated that “this bad behaviour is unacceptable and will not be tolerated in this community”.

There are many avenues, channels, and platforms to bring forward considerate and respectful feedback to Council in a meaningful way. This is an important element of democracy, and this feedback process is welcome.

The recent negative, derogatory, and inflammatory methods being utilized by some to express their uninformed response and feedback to Council and staff only inflame situations and cause divisiveness among the community. This is a time when we should be promoting togetherness, kindness, and respect.

Mayor and Council continue to work hard as elected officials of the Town of Cobalt, utilizing the most effective and efficient tools and acquiring the most accurate information before making decisions that impact the whole community.

“As elected officials, we only share one overriding mandate for the Town of Cobalt, and that is making this community the best place to live, work and play. We try to ensure that the quality of life for our ratepayers reflects the best value for their hard-earned tax dollars.”

“As Mayor and Council, we are elected to lead, make decisions, maintain, and provide municipal services to all citizens of Cobalt in an accountable and transparent way” the Mayor stated.

In recent weeks and months, a few local citizens have amped up their derogatory and inflammatory language on a variety of social media platforms, including Facebook, and have done so in a manner that is causing both staff at the Town and Council members concern for their mental health and those of their families.

These few citizens are also utilizing intimidating behaviour and inflammatory language towards both elected and appointed officials to challenge and disrespect them in a manner that is totally unacceptable.

Unfortunately, the actions reflect upon the entire community and threaten its reputation. As Mayor and Council, we are obligated to take a tough stand against those who feel they can openly demean staff and others in an unhealthy and unacceptable manner through these social media channels and Facebook posts.

We also remind those who are seeking public office in the Town of Cobalt that there is a time and place to debate, state your positions and outline your political platform for an election in a respectful and meaningful way.

The utilization of defamatory language and public shaming of Council or this community’s Town staff on social media or in person will not be tolerated and should not be acceptable by the citizens of this municipality.

Some Facts about Cyberbullying:

Cyberbullying examples include:
• Sending disrespectful or threatening emails or text/instant and phone messages
• Posting embarrassing photos or comments of someone online
• Creating a website to make fun of others
• Pretending to be someone by using their name

The law in Canada:
Some bullying acts are illegal and offences under the Criminal Code. These include:
• Criminal harassment (e.g., texts, phone calls, and/or emails that cause the other person to fear for their safety)
• Assault (e.g., threats or acts of non-consensual force, violence, bodily harm, or destruction of personal property)
• Identity theft/fraud (e.g., creating a fake online profile to ruin someone’s reputation)
• Defamatory libel (e.g., spreading rumours about someone)